The essence of the art of Sho is the line expression which depends on a disciplined brush-stroke. The significance of “discipline” is not only the technical training but also the conscious effort to copy and study various line expressions in the history of calligraphy. In the history of painting, its current discipline was the sketch ( dessin ) which took nature its object, but such trainings as painting technique, composing a picture, effective color arrangement did not very occur by means of reproducing classical pictures. 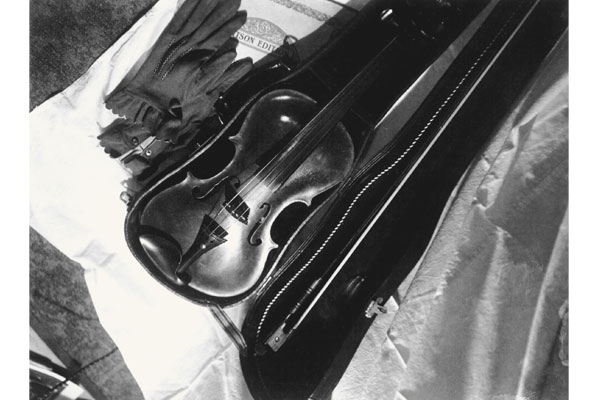 The fundamental discipline in Sho belongs in Rin- Sho, that is to say, to copy and study various line expression in the ancient calligraphy. We learn how to use a brush, the force of brush-stroking, the construction of calligraphy etc. in Rin-Sho of the classical masterpieces of calligraphy. In this case we must try to copy not only the favorite or skilled pieces, but also the very disagreeable or difficult ones. For we are required to wipe up our accustomedness, a habit of writing. By Rin-Sho we can acquire our own personality ( humanity), and as we keep on doing Rin-Sho, our unreasonable self-assertion or willfulness is washed clean, so the natural and unrestricted Sho manifests itself. In short, the art of Sho cannot be understood sufficiently if not it is “played”.

In music, the player cannot express himself without his actual practice of playing a musical instrument, and the discipline for his expression is not anything other than playing classical music. To begin with, a player should play music closely to the score which the composer wrote and gave directions to. He must exercise for playing the difficult phrases, so he can express the natural and unrestricted music by his continual exercises.

Similarly in the discipline of Sho, we copy and study the ancient calligraphic books in order to understand and discipline the expression of lines. Nankoku said that the Sho-artist was exactly like both composer and player.