From mid-December 1977, Nankoku Hidai visited in the United States for the ninth time.  His purpose of this time was to investigate about 1,000 species of old calligraphic books of monuments and rubbings (formerly included in the Mitsui Bunko Collections) at the East Asian Library, University of California Berkeley.  Nankoku was accompanied by his eldest son Ken Hidai (working at Hotel Okura) and his eldest daughter Kazuko (her first overseas trip), who had decided to stay in San Francisco for a long time. 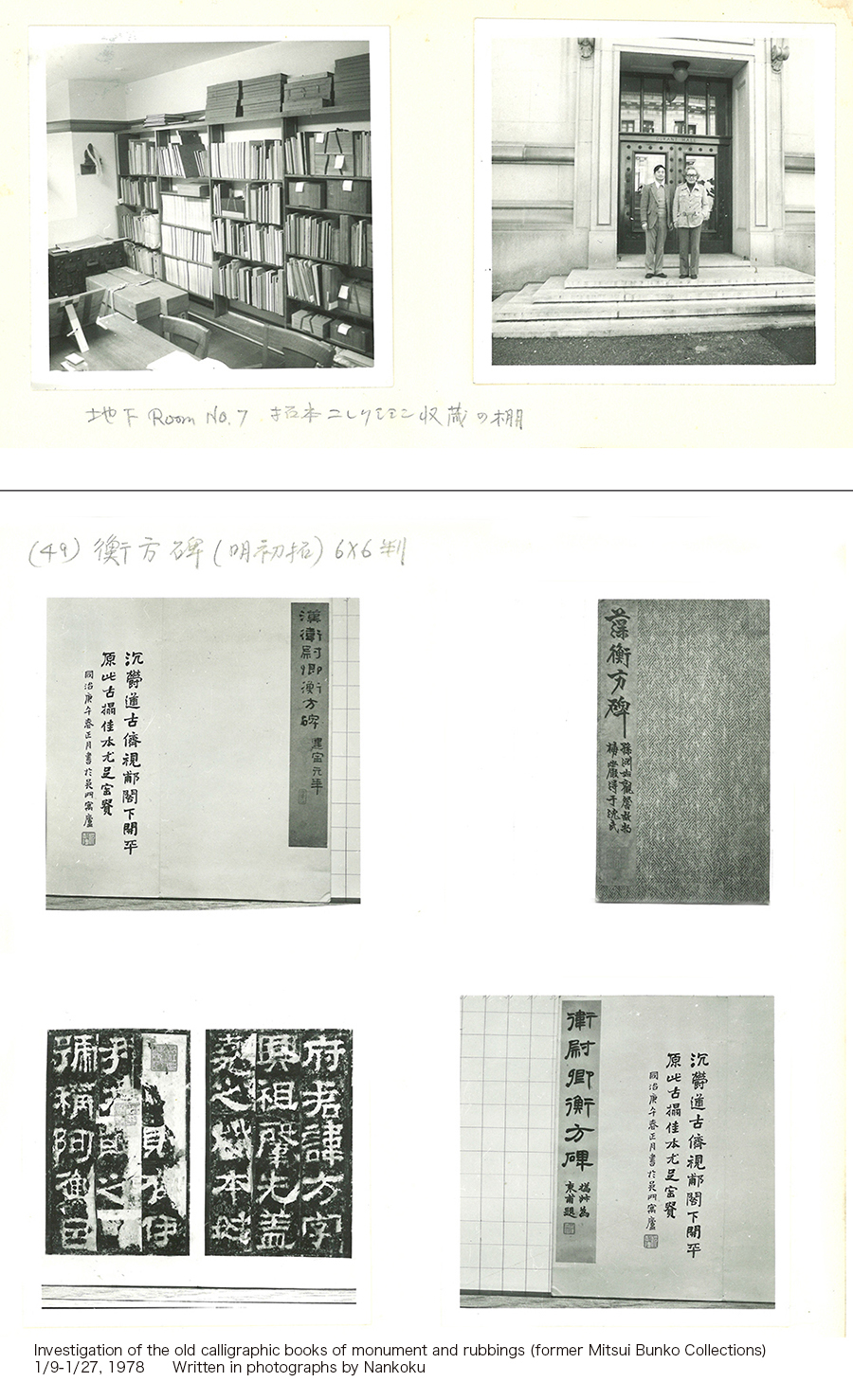 Mill Valley is the north area of San Francisco Bay, overlooked from Mount Tamalpais State Park across the Golden Gate Bridge. Richard (Dick) and Ann O'Hanlon resided near Muir Woods National Monument, the most popular park in the Mill Valley. Nankoku and his children visited Mr. and Mrs. O'Hanlon in Mill Valley. Receiving a warm welcome, Kazuko stayed at the O'Hanlon's residence for about a week. 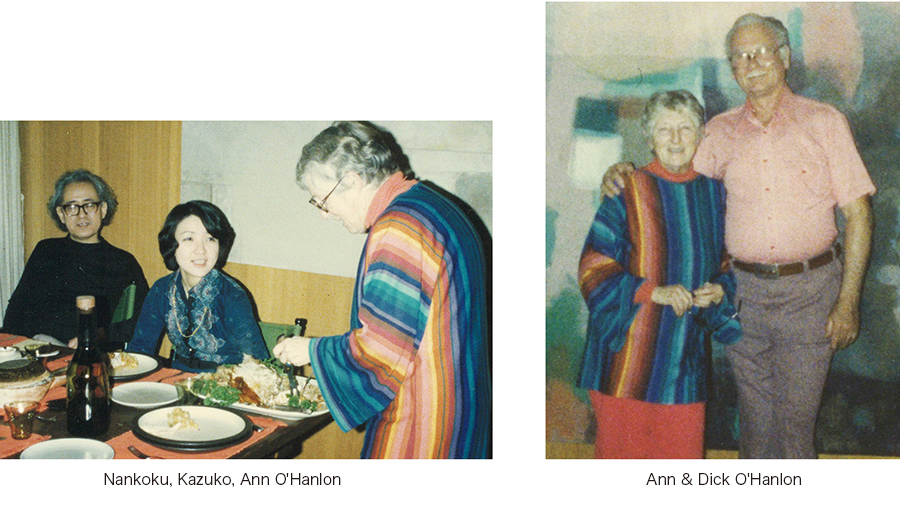 It seems that Nankoku had first met with Mr. and Mrs. O'Hanlon at the beginning of 1959.  Nankoku was selected with Shiryu Morita for the 5th Exhibition of Biennial of São Paulo in this year. In 1959, he was attracting attention as an avant-garde calligrapher, with two one-man shows in Tokyo, a one-man show in Melbourne, Australia, and he was selected for a ‘Four-man show’, “Traditie en Vernieuwing in de Japanese Kunst" (Tradition and Revolution in the Japanese Art) in Rijksumuseum Kröller-Müller in the Netherlands, along with Hakuin, Shiko Mukaikata, and Toko Shinoda. It seems that Ann and Dick O'Hanlon, who were visiting Japan, were given lessons in calligraphy by Nankoku in this 1959.  Nankoku was looking for opportunities to go to America in order to verify the universality of calligraphy as art of line, because the United States was the center of innovative artistic activities. Ann and Dick introduced the Rudolf Schaefer School of Design in San Francisco, and in November 1959, Nankoku was officially invited by the design school, and he visited the United States for the first time.

He gave lectures at the Rudolf Schaefer School of Design, a one-man show in San Francisco, and moved to New York, where he held a one-man show entitled "Nankoku Hidai - Abstract Calligraphy" at the Mi Chou Gallery in New York from January 4 to January 28, 1961. It was about one year after he came to the U.S.  and lived in San Francisco and New York.

It was Ann O'Hanlon who contributed the introduction to the catalogue of this first one-man show at the Mi Chou Gallery.

The man, Susumu Hidai, with a humble sense of humor and simple forthrightness, is dedicated to spreading a new understanding and awareness of this basic art among those who have had little or no contact with such abstractions, be it in his own country or abroad, an idea started by his eminent father.

When we invited Hidai to this country, to both extend his field of teaching and learn more of our own ways of expression, he brought with him his priceless library of calligraphy and a large number of original stone rubbings from ancient monuments, representing the various developments through which calligraphy has moved in becoming adjusted to place and time.

The artist, Nankoku Hidai (in Japan a calligrapher takes a pseudonym) uses the research involved in his teaching to stimulate a deeper penetration, a purifying and abstracting discipline that has resulted in a remarkably broad and evocative expression of human feelings. His works have thus transcended the narrow limits of regionalism inherent for most, in traditional calligraphy.     This universal visual language seems one of the inevitabilities of our time, as does Hidai's contribution to it.

From the 1940s, Ann and Dick traveled around the world seeking new expressions and inspiration for their art. At first, they went from Mexico and Europe to India and Nepal, and then to China and Japan.

In 1942, Ann and Dick O'Hanlon purchased a dairy farm in Mill Valley of Marin County, California, and made it an art studio. Dick was an eager gardener, and his garden around the simple and charming house placed sculptures and various stones found in rock quarries from all over the world. In addition, Ann and Dick opened their land and house to other artists. Dick was invited as a faculty member at California college of Arts and Crafts in 1947. He moved to the University of California, Berkeley in 1948 and made a significant impact on students as a sculpture professor until his retirement in 1973. Dick's great work in abstract sculptures includes a 15-foot, 16-ton sculpture on a hill at the University of California, Berkeley, called 'Sunstones II'. It is a sculpture that restores people to the sense of the earth's position in the solar system and functions as a calendar for hundreds of years. 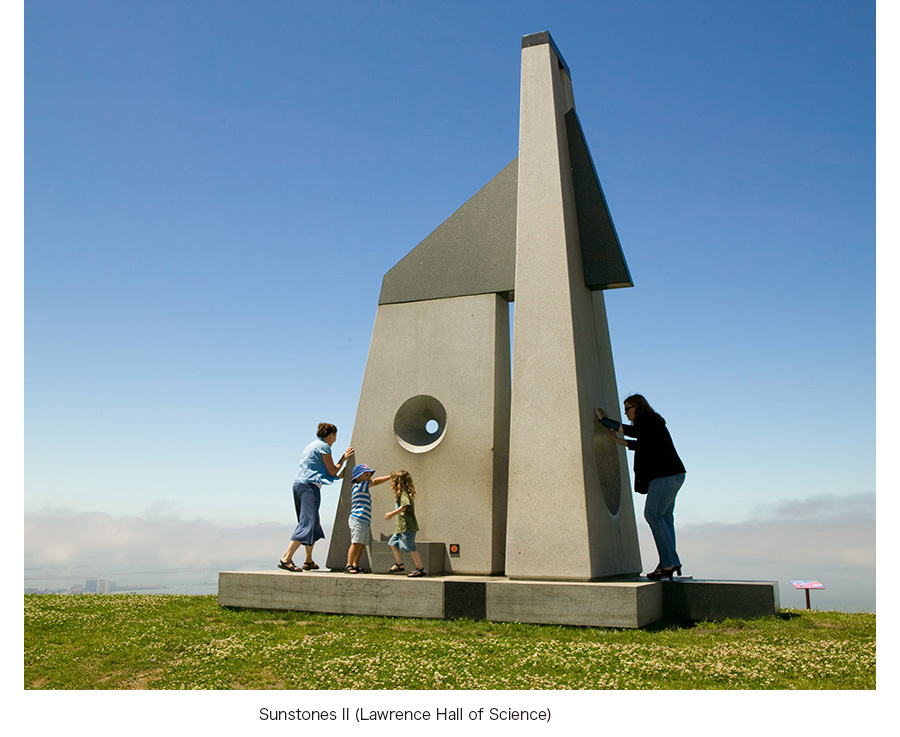 Ann was an art teacher at the Department of Art at Dominican College for more than 40 years. In that experience of teaching, she began to notice that students should not be taught. She realized that it was necessary to listen, ask, touch, and above all, objectively to perceive the people's works (forgetting students' own subjective preferences) and the natural world (perceiving things in the outside world through sensory organs). She realized the fact that students couldn't understand because they didn't know "how to see" and "how to look at them," and so she set up a course called ‘Orientation for Visual Experience’. In 1969, Ann and Dick established the ‘Sight & Insight Art Center’ on their premises. The ability to perceive requires more than reading, seeing, speaking, and meditating. Ann and Dick began the efforts to aim for creativity with students and other artists.

In 1973, Dick retired from the University of California, Berkeley, and he devoted himself to artistic activities, but he died in Mill Valley on June 25, 1985. Ann made the ‘Sight & Insight Art Center’ the core of her activities, where she let students experience creative processes, and continued to pursue creativity through its meaning and observation, and through research and experiment. Ann O'Hanlon died in 1998. The results are expressed in Ann's book “Seeing/Perceiving: Looking at the World through the Artist's Eyes by Ann O'Hanlon with photos by Ann & Dick O'Hanlon”. 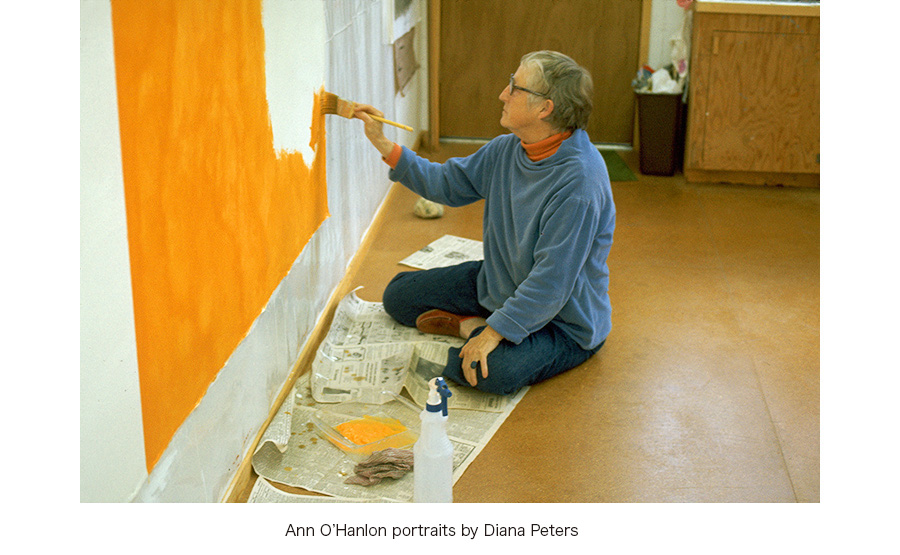 Since Ann's death, students and artists have inherited their activities and held various events and workshops. This ‘Sight & Insight Art Center’ was changed to the ‘O'Hanlon Center for the Arts’ in 2004 and still is offering several special events, art studios, visual arts, literature, performing art, healing art, children's programs and meditation programs every year.

Nankoku traveled to the United States many times from his first trip to the United States in 1959. Each time, he was in touch with Mr. and Mrs. O'Hanlon. During his first stay in San Francisco, he held one-man shows at the David Cole Gallery and the M.H. de Young Memorial Museum (de Young Museum of Art), which caused a great response and encouraged his debut into New York. The Berkeley Museum of Art at University of California stores a piece of his works (see ‘museum the Hidai Nankoku official site’), and the O'Hanlons and de Young Museum of Art are supposed to have a significant number of Nankoku's works, including gifts. 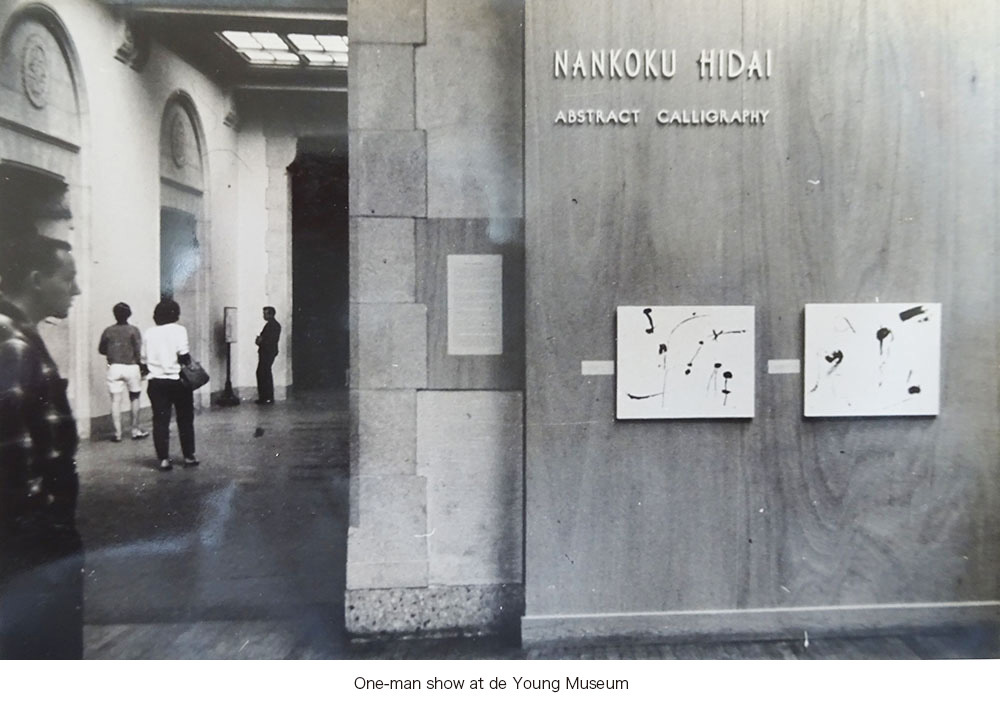